Add Widget Above
Welcome to Universal
Welcome to the homepage of Universal, our guild on Satele Shan server of the MMORPG Star Wars: The Old Republic. We are a mature and friendly guild serving the Republic, catering to players of all character/skill levels. Our aim is to provide a group environment that is both pleasant and fun for our members. Many of our members enjoy all aspects of the game. If you want to join a fun and friendly guild, why not apply to Universal.
Guild News

With Game Update 6.2, players will discover what happened to Satele Shan and her followers’ ship in our latest story update, Echoes of Oblivion. For those who are looking for new challenges, jump into the Spirit of Vengeance Flashpoint to help Shae Vizla fight against renegade Mandalorians and save her flagship.

Along with those additions, we’re introducing a new Login Rewards system, a redesigned Emote Window, another batch of the Ranked Replica rewards, and more!

Players will join Jedi Knight Kira Carsen, Sith Lord Scourge, and other allies in uncovering the mystery behind the disappearance of the ship carrying Satele Shan and her students. While searching for the truth behind this disappearance, players will face off against fanatical Servants of the former Sith Emperor and unravel their sinister plot!

The Spirit of Vengeance

New and unique rewards await those who defeat the enemies and rescue the Mandalorians on the capital ship. 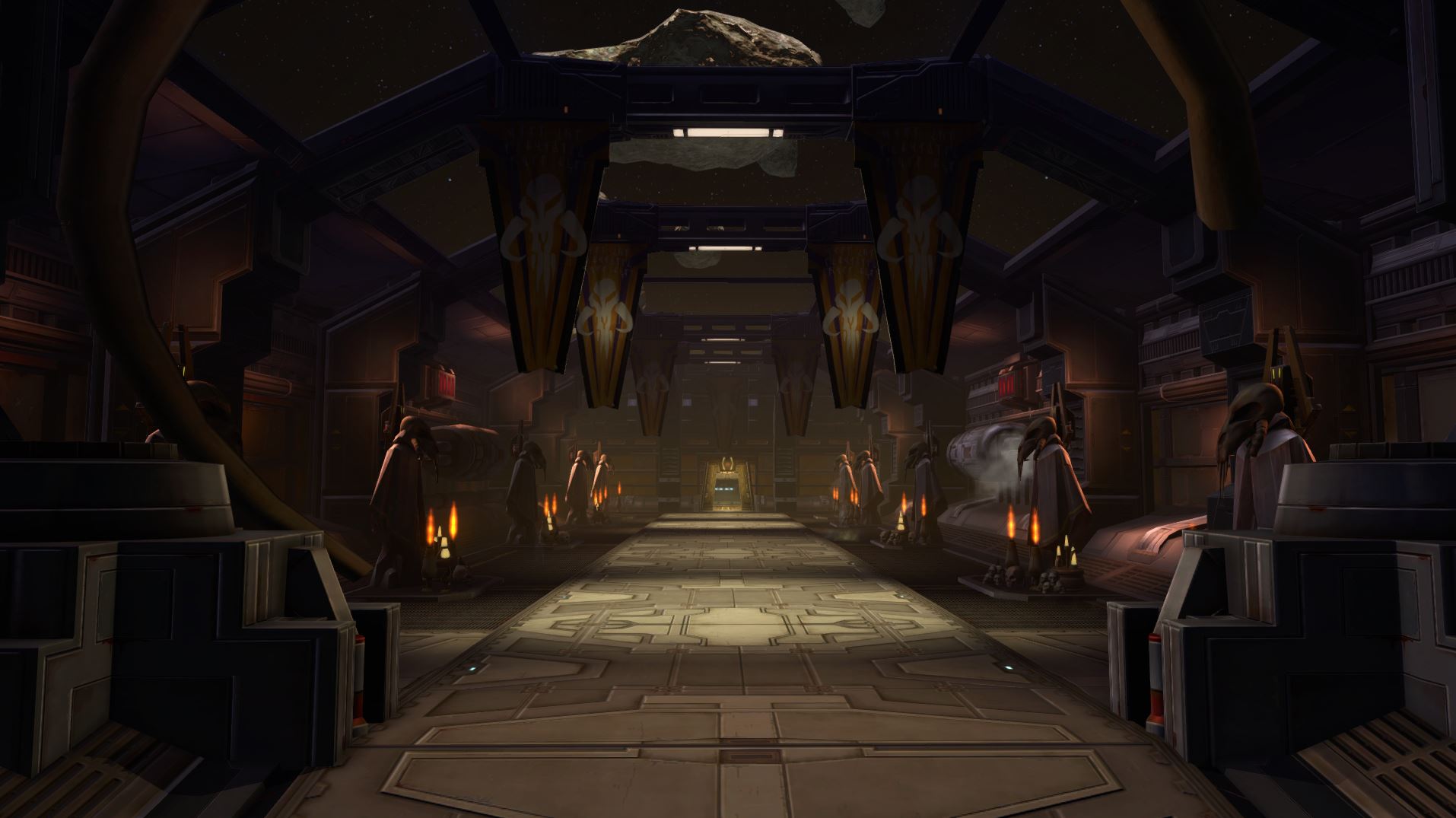 Our Login Reward system is a new feature that rewards all players, regardless of their status! The only thing you need to do is log into the game, open the Login Reward window, and claim your reward. Rewards could include Companion Gifts, Crafting Materials, Dyes, Tech Fragments, and more, including some special rewards! 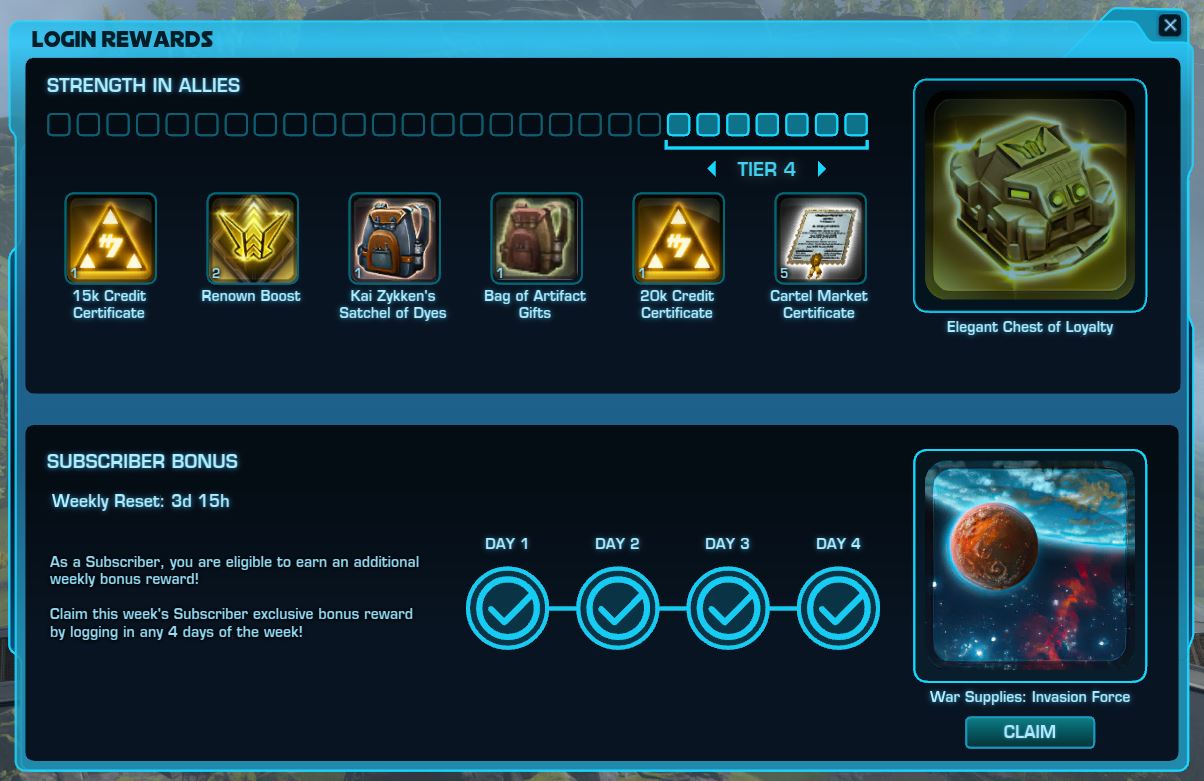 Searching for the right emote will be easier than ever with the brand new Emote Window! Emotes now appear in two simple categories, Unlocked and Locked. This way, you’ll never have to guess whether you’ve unlocked that specific dance emote or not. We’ve also added new icons to differentiate which emotes loop and which emotes have an audio element.

Here is a brief summary of game changes introduced in the latest update.

- A new stronghold has been released on Alderaan! If you want to take a look before purchasing you can check the public stronghold listings and travel to one listed there.

- A small story update has been released. This only involves a couple of conversations and cutscenes.

- Various bugfixes have been applied.

- Various class changes made for balance

Here is what is coming up in SWTOR:

- The Umbaran Patrol Tauntaun; This is a mount that is a subscriber reward. Once you subscribe anytime during February you will be sent this mount via the in-game mailing system.

- Game update 6.1; Dropping on Tuesday Feb 11. This includes an new stronghold on Alderaan and the next small story update.

Read More | 0 Replies | Reply
News RSS
This Area is a placeholder for site content. The homepage is typically the only page without content in this area. Content that will display here are things like the forum list, posts, raid details and any other default content for a section of the site or piece of functionality.
Add Widget Below
Site Activity
Add Widget Left
Membership
Apply to Guild
Have a Launch Code?
Imperial Guild
Imperial Guild - Universal Darkness
PayPal Donation
Discord Server
Link Box
Add Widget Right
Who's Online
Last Forum Posts